with the support of general partner
Nadácia Tatra banky

organized in Banská Bystrica on March 11, 2013 and in Bratislava on March 12, 2013 another lecture within

The Crisis of the Monetary-Fiscal Interventionist State

Lecture given by:
Richard Ebeling
Professor of Economics at the Northwood University 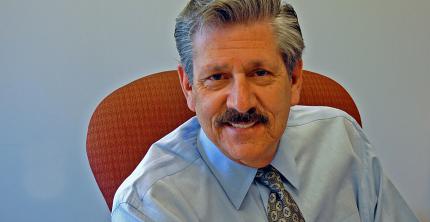 Richard M. Ebeling is professor of economics at Northwood University. Recognized as one of the leading members of the Austrian School of Economics, Dr. Ebeling writes and lectures widely in the United States and around the world on monetary theory and policy; government regulation of business and the welfare state; the economics of growth, stability, and international trade; fiscal policy, taxation and government debt; and the political and economic principles of the free society.

Prior to his appointment at Northwood University, he was the Shelby C. Davis Visiting Professor in American Economic History and Entrepreneurship at Trinity College in Hartford, Connecticut (2008-2009), and a senior fellow at the American Institute for Economic Research in Great Barrington, Massachusetts (2008-2009). He also served as the president of the Foundation for Economic Education in Irvington, New York in 2003-2008, and was the Ludwig von Mises Professor of Economics at Hillsdale College in Hillsdale, Michigan in 1988-2003. He was also vice-president of the Future of Freedom Foundation from 1990 to 2003. Dr. Ebeling also taught economics at the University of Dallas in Dallas, Texas (1984-1988), and at the National University of Ireland at Cork (1981-1983).

Publications /selected/:
Richard Ebeling has supervised the translation and edited of a large number of these papers for a three-volume Selected Writings of Ludwig von Mises published by Liberty Fund of Indianapolis.

The author of hundreds of articles, his writings have appeared in the Washington Times, the Boston Globe, Investor’s Business Daily, Detroit News, National Review Online, Reason, The Freeman: Ideas on Liberty, American Journal of Economics and Sociology, Political Studies, International Journal of World Peace, Advances in Austrian Economics, and numerous other publications.

He received the Franz Cuhel Award for Excellence in Free Market Education, presented by the Liberalni Institute at the annual Prague Conference on Political Economy (Prague, April 2007) and the Liberty in Theory: Lifetime Award for contributions advancing the case for classical liberalism, presented by Libertarian Alliance/Libertarian International (London, November 2005).