organized a lecture given in Bratislava on September 11, 2008 within 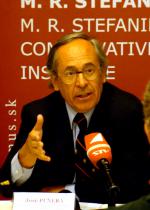 José Piñera is fully dedicated to promote and share his paradigm of personal retirement accounts around the world as a President of The International Center for Pension Reform. Dr. Piñera holds a Master (1972) and Ph.D. (1974) degree in Economics from Harvard University, and is a Distinguished Senior Fellow of the Cato Institute, Co-Chairman of its Project on Social Security Choice, and Board member of both its Trade and Global Prosperity Centers.

1980, that created a fully funded pension system based on personal retirement accounts and allowed workers to choose a private health option, and for the Labor Code of 1979, that re-introduced trade union democracy and decentralized collective bargaining.

He is the author of nine books and numerous essays (more can be found here). 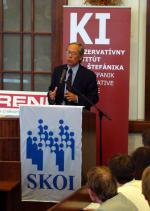 More information on José Piñera can be found here.

Conservative Letters: José Piñera: Towards a world of worker-capitalists through pension reform 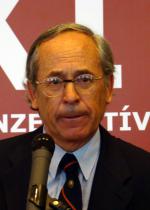