organized on June 1, 2015 in Bratislava another lecture within the

Enrico Colombatto
professor of economics at the University of Turin 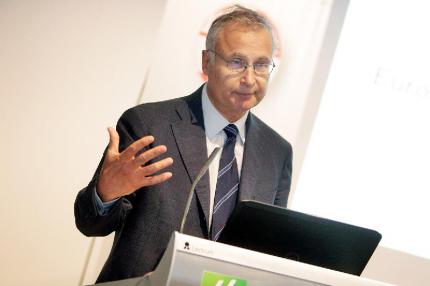 Enrico Colombatto is a professor of economics at the University of Turin, where he teaches “Foundations of Policymaking”, “International economics”, and “Growth and Development”. He is the head of research at IREF (Institut de Recherches Économiques et Fiscales) and a Senior Fellow at GIS (Liechtenstein). His present research interests cover the economics of growth and development, law and economics, and Austrian economics. He has the degree Ph.D. in Economics from London School of Economics.

· Markets, Morals and Policy Making - a New Defence of Free-Market Economics(2011)
· Law, Informal Rules and Economic Performance (2008)
· The Elgar Companion to the Economics of Property Rights (2004)
· L'immoralità no global (2003)
· The Rational Foundations of Economic Behaviour (1996)