organized on June 20, 2016 in Bratislava another lecture within the

Lukewarming
The New Climate Science that Changes Everything

"While humanity has clearly raised the concentration of atmospheric carbon dioxide, and while surface temperatures are clearly warmer than they were around 1900, It is increasingly clear that the “sensitivity” of lower atmospheric temperature to enhanced carbon dioxide has been grossly overestimated in the general circulation climate models that are used as the basis for global warming policies. Here I will demonstrate that a more accurate description of recent climate history should be “global lukewarming” rather than “global warming”, and the lukewarm, unenforceable Paris climate accord is—in its own odd way—perhaps accidentally appropriate in many ways."

Patrick Michaels: Presentation for the CEQLS Lecture for the Conservative Institute, Bratislava, June 20, 2016 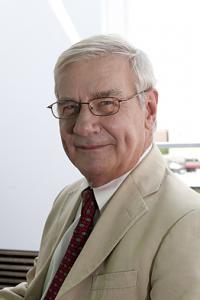 Patrick Michaels is the director of the Center for the Study of Science at the Cato Institute. Michaels is a past president of the American Association of State Climatologists and was program chair for the Committee on Applied Climatology of the American Meteorological Society. He was a research professor of Environmental Sciences at University of Virginia for 30 years. Michaels was a contributing author and is a reviewer of the United Nations Intergovernmental Panel on Climate Change, which was awarded the Nobel Peace Prize in 2007.

His writing has been published in the major scientific journals, including Climate Research, Climatic Change, Geophysical Research Letters, Journal of Climate, Nature and Science. He is the author or editor of six books on climate and its impact, and he was an author of the climate “paper of the year” awarded by the Association of American Geographers in 2004. He has appeared on most of the worldwide major media.