CEQLS Lecture | Deirdre McCloskey: Capitalism is the Only Ethical System

organised on December 6, 2018 in Bratislava another lecture within the

Capitalism is the Only Ethical System

Lecture given by:
Deirdre McCloskey
Distinguished professor emerita of economics, history, English and communication at the University of Illinois at Chicago


Deirdre McCloskey: Discussion after the CEQLS Lecture for the Conservative Institute, Bratislava, December 6, 2018 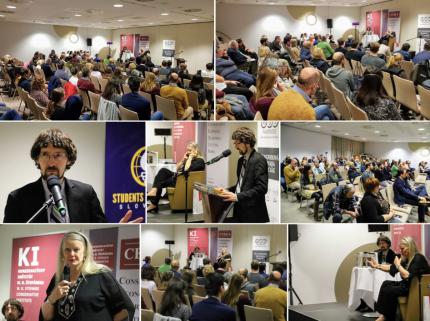 Distinguished professor emerita of economics, history, English and communication at the University of Illinois at Chicago 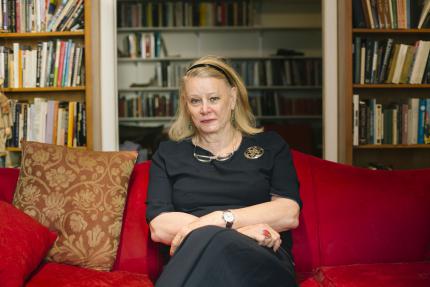 Deirdre McCloskey was from 2000 to 2015 a Distinguished Professor of Economics, History, English, and Communication at the University of Illinois at Chicago. She is a leading public intellectual and widely admired scientists combining quantitative with humanistic methods. She trained at Harvard as an economist (BA 1964, PhD 1970) and taught for twelve years in Economics at the University of Chicago. Lately, her scientific approach is leading to what she calls “humanomics”—an economics with the humans, and the human evidence from literature and philosophy.

Professor McCloskey has written 18 books edited 8 more, and about 400 articles on economic history, economic theory, philosophy, rhetoric, feminism, ethics, and law. Her latest book is Bourgeois Equality: How Ideas, Not Capital or Institutions, Enriched the World (University of Chicago Press, 2016), the third volume of her trilogy on The Bourgeois Era, an ethical and historical and economic defense of the “capitalism” and an explanation of its material and spiritual effects. The first was The Bourgeois Virtues: Ethics for an Age of Commerce (2006) and the second Bourgeois Dignity: Why Economics Cannot Explain the Modern World (2010). The trilogy argues that so-called “capitalism” is a strikingly successful ethical system, which arose in northwestern Europe from an ethical, ideological, rhetorical change. Liberty for ordinary people, gradually growing from the 16th century in Holland and then England and the rest, made people bold, and innovative. The result was an explosion of commercially tested betterments, on the order of a 3,000 percent increase of real income per person, 1800 to the present, which McCloskey understandably calls the Great Enrichment. Confined at first to northwestern Europe and its offshoots, it is now spreading to the world, as for example to China and India. Her recent technical book in econometrics, The Cult of Statistical Significance (2008), with Stephen Ziliak, argues against a widespread but bizarrely illogical procedure in the statistical sciences. Before the series on the Bourgeois Era her best-known books were Crossing: A Memoir (Chicago 1999, a New York Times Notable Book) and earlier The Rhetoric of Economics (1985; 2nd ed. 1998), which initiated her (largely unsuccessful) campaign to save economics from its antiquely positivist methodology. Some follow-ons in the campaign were If You're So Smart: The Narrative of Economic Expertise (1990), and Knowledge and Persuasion in Economics (1994), and a Prickly Paradigm Press pamphlet, available like most of her articles on line, The Secret Sins of Economics (2002).

She has received many honorary degrees and other fellowships and honors, for instance Hayek Book Prize, for Bourgeois Equality (Manhattan Institute, June 13, 2017) - for the best book on Hayekian themes in the previous two years, Bruno Leoni Prize of the Istituto Bruno Leoni (November, 2016 in Milan), Adam Smith Prize, awarded by the Association for Private Enterprise Education (April, 2015 in Cancun, Mexico), Hayek Lifetime Achievement Award, from the Hayek Institut, Vienna (October 28, 2014), and the Julian Simon Prize (Competitive Enterprise Institute, June 27, 2013).

Articles by or about Deirdre McCloskey /selected/:

CEQLS lecture is one of the activities of Tearing down the Myths about Socialism and the Welfare State project, which is organized by M. R. Stefanik Conservative Institute and funded by John Templeton Foundation.